There aren’t many compact crossovers like the 2020 Volkswagen Tiguan that offer a third-row seat. The Dodge Journey, Tesla Model Y, Mitsubishi Outlander, and Lexus RX 350L squeeze in a third row, but most three-row vehicles are much larger, such as the Volkswagen Atlas.

Yet, for the 10% of Tiguan customers who opt for the third row, it offers a compact package than can expand in a pinch. And it’s much easier to drive and park than those larger family haulers.

Grandparents, nannies, an involved aunt, uncle, sibling, or family friend—anyone who might need to haul some grade-schoolers now and again would appreciate the extra versatility offered in the 2020 Volkswagen Tiguan.

Fortunately, Volkswagen makes crossovers comparatively large, even for the smallest in its lineup. (For now: a smaller crossover is expected for model year 2022.) The Tiguan is three inches longer than the Honda CR-V, which has one of the most spacious cabins in its class. The added length on the Tiguan means the leg room isn’t as bad as the head room back there. You could fit five five-footers in the two rear rows, so you could fill in on the weekly carpool rotation for sixth graders. But by eighth grade, the Tiguan no longer fits. My sixth and eighth graders fit in the third row, but we are not tall people. At 5-foot-9, I could not sit back there without having my chin to my chest. 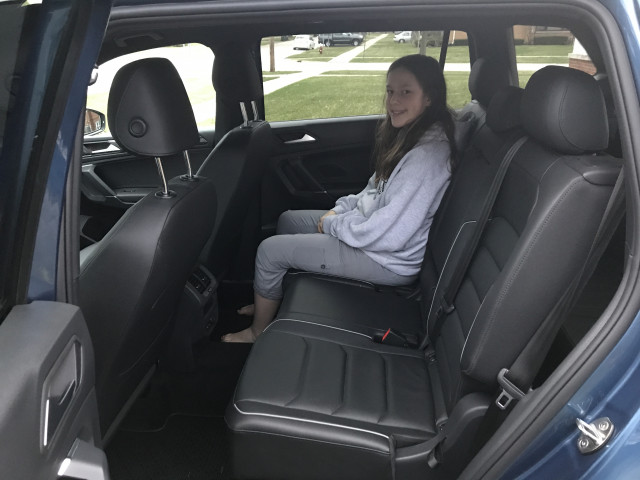 Height is compromised because the seat sits over the spare donut tire well, which sits over the rear axle. Knees ride high and feet rest uneven on the floor. There’s an armrest on either side, and the left side even has a cupholder. For a family of five, the youngest could make that his own den on road trips. 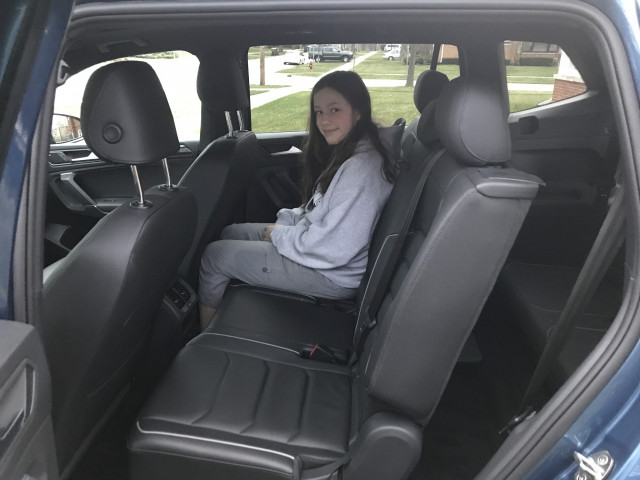 No matter who sits in the third row, the 60/40-split second-row seats need to be inched forward, as do the driver and passenger seats. It’s a game of Tetris.

It’s fairly easy for a grade-schooler to get in and out of the third row by using the latches on top of the seat, or the pull straps down low. From the liftgate, pull straps in the middle of the third-row seats help pull them into the vertical position. To fold them is cumbersome; you have to manually collapse the headrests, then pull the latch on the seat top and push the seatbacks forward. All seats folded in the Tiguan creates 65.7 cubic feet of cargo volume, which is about 10 cubic feet smaller than the CR-V because that folded third row still eats up a lot of space. Hard latches on the cargo wall collapse the second row to mixed success; it only works if the second-row seats are slid rearward already. 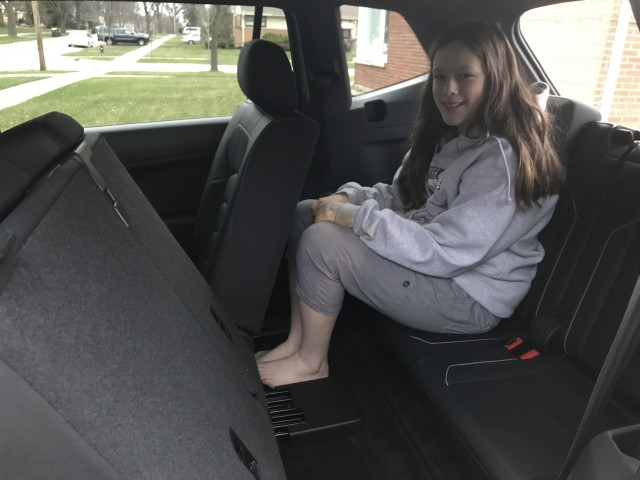 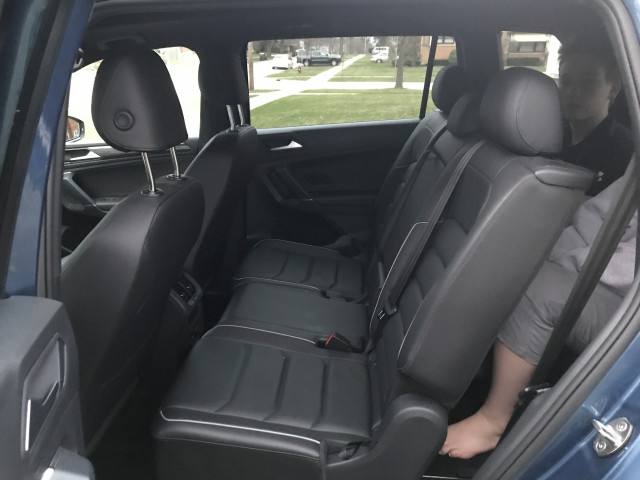 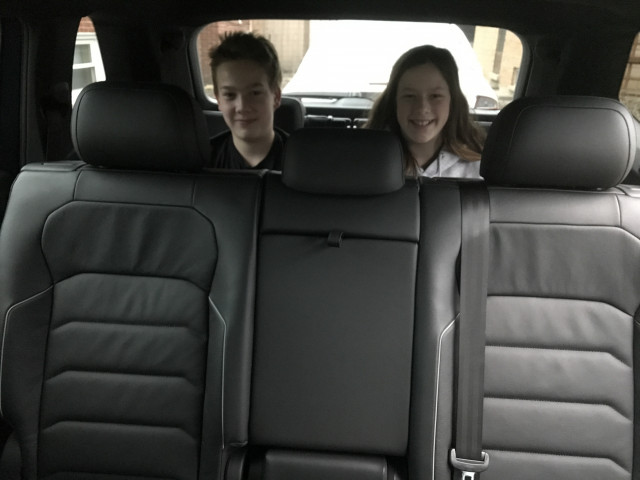 The third row in the 2020 Volkswagen Tiguan is a $595 option on any trim, but it has to be an all-wheel-drive model, which runs $1,300 more than the front-drive variant.

The functional third row in the Tiguan provides a simple passenger solution for shoppers who want that part-time versatility.