Volkswagen didn’t wait long to update its flagship car that it brought to the U.S. only two years ago.

The 2021 VW Arteon will sport a new look and updated interior features when it goes on sale later this year, the automaker announced Tuesday. The five-door hatchback is a slower seller compared to the automaker’s Tiguan and Atlas crossover SUVs sitting across the same showroom, but the curvy Arteon gets the latest and greatest from the automaker including an updated infotainment system with wireless smartphone compatibility, available Harman Kardon audio, and a new light signature. VW didn’t say how much the 2021 Arteon would cost when it goes on sale, which is key for the Arteon’s appeal.

That’s because the Arteon punches a little higher for VW than other cars it sells, according to the automaker. VW senior vice president for marketing, Hein Schafer, said the Arteon compares favorably against similarly priced luxury sedans and hatchbacks—even from the automaker’s own luxury arm.

“From a pure value perspective, bang for buck, you’re going to get a lot more from an equally priced Arteon than from an Audi A5,” Schafer said last week.

The Arteon will sport an updated face and tail, including a continuous LED light strip underneath the creased hood. The C-shaped lower intakes are new, too, and blend in to a lower air intake on R-Line models. Behind the grille is a familiar 2.0-liter turbo-4 that makes 268 horsepower, which is unchanged from the 2020 version. It’s paired exclusively to an 8-speed automatic transmission and front- or all-wheel drive. A mild-hybrid and wagon version will be sold around the world, but not in the U.S. 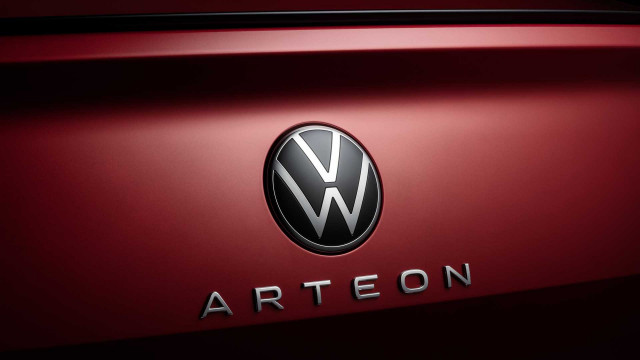 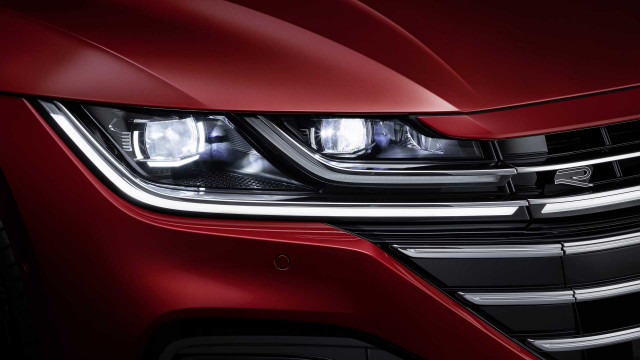 Around back, the Arteon hatchback’s familiar low tail and small decklid spoiler return. A new badge and Arteon lettering are the only differences to the outgoing model. Base Arteons wear 18-inch wheels, while top trims dress up to 20-inchers.

The Arteon’s revised interior features a new 8.0-inch touchscreen powered by the automaker’s faster processors. Wireless Apple CarPlay and Android Auto compatibility are standard on all Arteons; VW says the wireless smartphone features will roll out into other models as early as this year. Every Arteon gets a 10.3-inch digital instrument cluster behind a new steering wheel with touch-capacitive controls.

VW also included touch controls for its climate settings and some radio controls, although volume and tuning knobs will remain.

The interior is bathed in new ambient LED lights with a choice of 30 colors inside. A premium Harman Kardon 700-watt audio system is available with 12 speakers.

The Arteon’s lineup will be streamlined for 2021 and include SE, SEL R-Line, and SEL Premium R-Line trim levels.