Boxy is back and business is booming.

Retro SUVs like the Jeep Wrangler are big—literally and figuratively. The off-road icon has endured for more than 70 years, but a chief rival has arrived just in time to challenge the king of off-road SUVs. The 2021 Ford Bronco sets its sights squarely on the 2020 Wrangler’s right-angle frame and it’ll challenge Jeep when it goes on sale early next year. No, really, there are sights on the Bronco’s hood.

Ford dished the details on its new Bronco off-roader Monday night, and it sings a familiar tune: two or four doors, four-wheel drive, removable roof, caution to the wind. It’s the same formula Jeep’s used to woo hundreds of thousands of buyers for decades with its Wrangler two- and four-door SUVs. 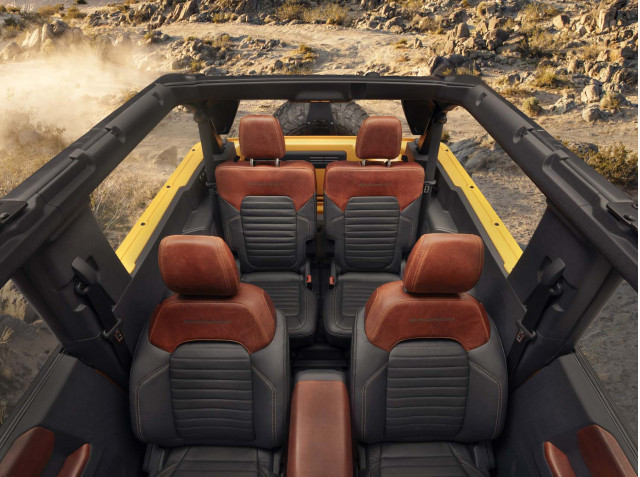 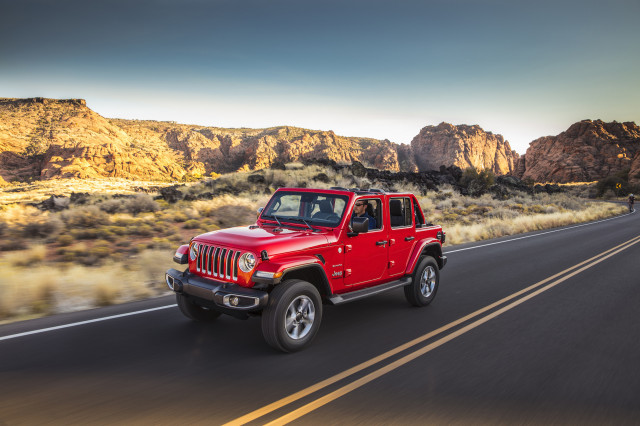 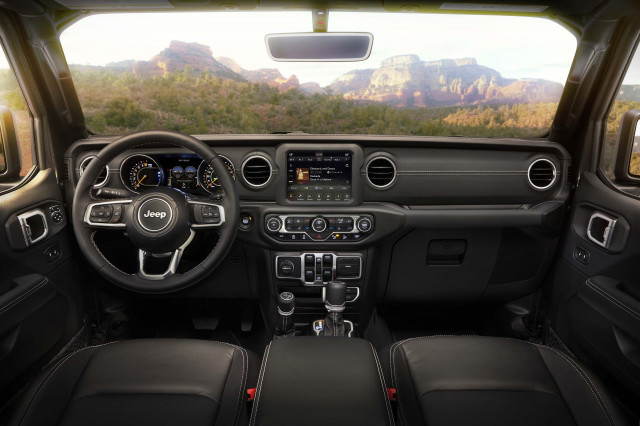 The Bronco and Wrangler share more in common than just the number of doors. As you’d expect from archrivals, they also have many differences.

First, let’s play nice. Both rely on power from inline-4 or V-6 engines, sent through a standard manual transmission or optional automatic transmission.

Also, they’re armed to the teeth from the factory with off-road hardware tough enough to tackle just about any trail.

Ford drops its 2.3-liter turbo-4 from the Ranger pickup and Mustang coupe under the Bronco’s hood as standard equipment. Here, it makes 270 horsepower and 310 pound-feet of torque and is relayed through a 7-speed manual transmission or optional 10-speed automatic. The 7-speed is a 6-speed—the first gear is very low, a “crawler” for loping at low speeds along a trail. The 10-speed is familiar, also plucked from the Ranger, and it’s competent at keeping the engine off the boil and on the trail longer in that pickup. Every Bronco gets a two-speed transfer case with low range, and front and rear Dana 44 axles. Bronco Wildtrak and Badlands upgrade to a 2.7-liter twin-turbo V-6 borrowed from the F-150 that makes 310 hp and 400 lb-ft, sent through a 10-speed automatic only. Those models also upgrade to 17-inch wheels wrapped with 33- or 35-inch mud-terrain tires that promise more traction than a mountain goat.

Available for every Bronco is an off-road “Sasquatch Package” that adds 35-inch tires on 17-inch wheels, locking front and rear axles, beefier suspension, and chunky tires.

The Wrangler goes further—at least on the spec sheet. A 285-hp 3.6-liter V-6 is standard, and a 270-hp 2.0-liter turbo-4 is a free swap. A 3.0-liter turbodiesel V-6 with 442 lb-ft is a costly upgrade, but available and attractive to serious off-road folks. A 6-speed manual is standard V-6 gas versions, while an 8-speed automatic is optional. An 8-speed automatic is standard on turbo-4 and turbodiesel models. All Wranglers are equipped with standard four-wheel-drive systems with two-speed transfer cases, although Wrangler Sahara models can be equipped with an automatic system. Jeep also equips the Wrangler with Dana axles, with electronic lockers on Rubicon models. 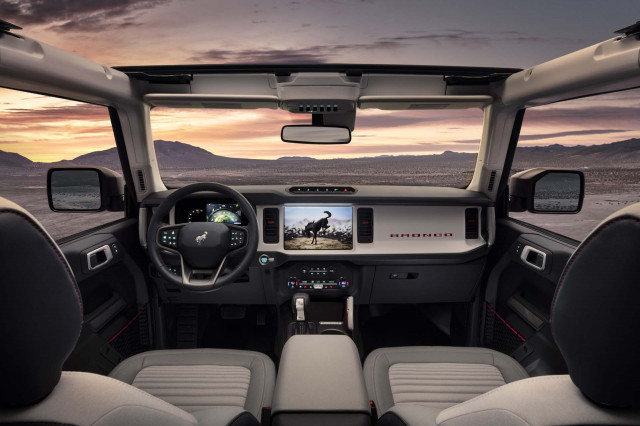 They both have touchscreen infotainment systems with smartphone software: Ford’s is an 8.0- or 12.0-inch version, Jeep uses 5.0-, 7.0-, or 8.4-inch versions, depending on trim level.

Like most woody trails, this one diverges and the two finish their trips separately.

Jeep’s largely carried on with the same looks since the 1940s—albeit bigger and with more doors—and the Bronco’s interpretation of a boxy off-roader exudes retro cool better than George Clooney. The Bronco rides atop a separate frame that it’ll share with a pickup, just like the Wrangler with the Gladiator, but the Bronco’s right angles and round headlights are a spin on early 1960s Broncos that tugs on all the right heartstrings. 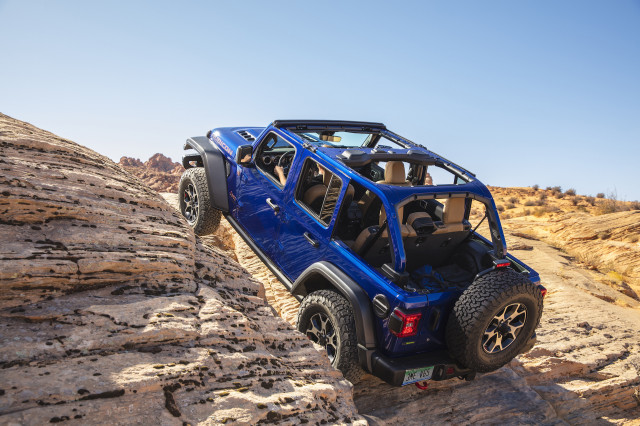 The Bronco promises a better ride, too. Unlike the Wrangler, which uses solid front and rear axles, the Bronco uses an independent front suspension that may absorb road bumps a little better than Jeep’s setup.

Of course, both offer a vast parts catalog and myriad upgrades to personalize each truck— Broncos and Wranglers can be just as unique as the buyers.

Which one is best? We’ll have to wait to see. On paper, both add up to more than just trucky off-roaders that aim to capitalize on a growing number of buyers looking to leave pavement.

It’s a renewed rivalry, and both Ford and Jeep’s off-roaders promise to fight dirty.