There’s a lot of components to making a car with the express purpose of bringing joy through driving. Some literal, some figurative. I like to believe the steering and suspension are the “soul” of the vehicle. There are perfectly mechanical reasons for how they behave and how the driver interacts with them. But there’s something a bit more intangible; after all, mechanical grip, steering weight and speed, and even driving position all are subjective to the driver. But I digress.

If those components of the vehicle are the “soul”, I think most car enthusiasts would agree that the engine is the “heart”. It’s objectively either vibrant, beating and very much alive, or…well, not. I speculate that many of those responsible for the S54 engine would agree.

Few BMW engines resonate with enthusiasts as vibrantly as the S54 inline six. BMW introduced it in 2000 with the third generation M3, the E46. It then found its way into the reintroduced Z3 M Coupe and Roadsters in 2001, and then again in the Z4 M Coupe and Roadster in 2006. All in all, somewhere in the order of 100,000 S54 engines found their way into the world. By my estimation, that makes it the second-highest production volume M engine ever.

Here’s everything you need to know about it. 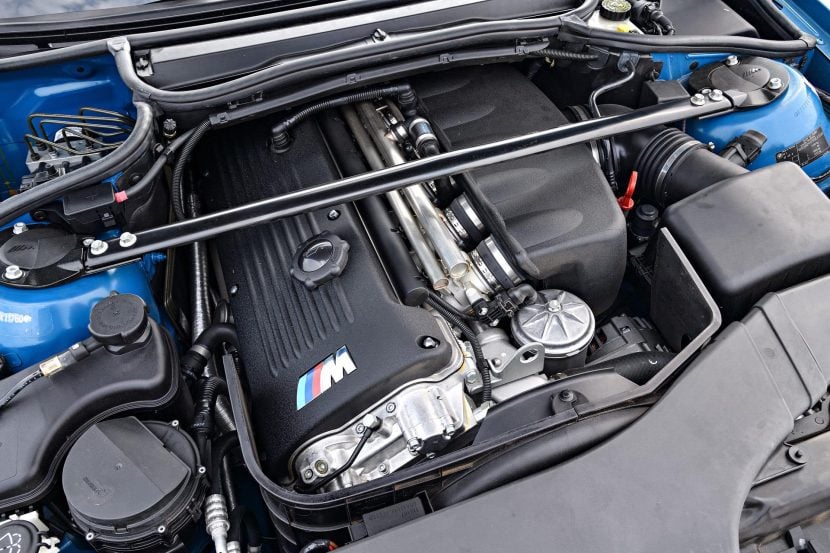 Despite sharing designation with its contemporary, the M54 engine, the S54 really shares a lot more with the European-spec S50. The S50 appeared in 1992 powering the E36 M3, featuring iron-block construction and an aluminum head with individual throttle bodies. The S54 shares this construction. It carries over the double-VANOS system found in the later S50B32, additionally adopting its four valves per cylinder design and dual-overhead camshafts.

So, with BMW using the S50B32 as a launch point, it was time to modernize. The S54 received some important new tech to bring BMW M into the 21st century. A new engine management software (MSS54) features two 32-bit microcontrollers, capable of 25 million calculations per second. This software meters and adjusts everything from ignition timing, fuel injection metering, cooling, and even shifting behavior when equipped with an SMG transmission. Other enhancements include forged and graphite-coated aluminum pistons, a lightweight crankshaft, and reinforced forged connecting rods.

A stated goal of the S54 engine was cracking the “100 horsepower per liter” mark. Though a somewhat meaningless statistic, it was achieved (in most cases), and places the S54 among some vaunted contemporary company. Think Honda’s F-Series engines found in the S2000 and the M96 found in Porsche’s 996.2 GT3.

But perhaps the most fascinating aspect of the S54’s development cycle is that its continued far after the manufacturer had any interest in supporting it! To this day, the aftermarket continues to improve on the engine’s original weak points. Entire business models revolve around repurposing and improving upon unique parts like the VANOS components and rod bearings.

S54 By the Numbers 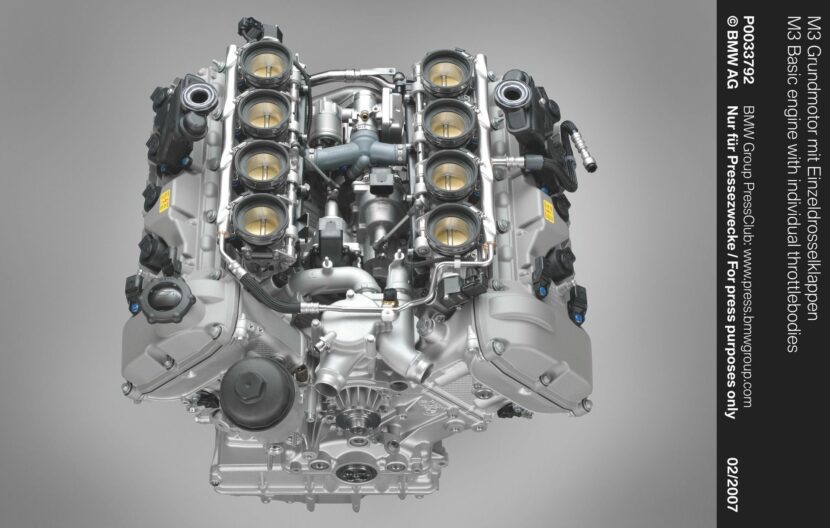 Speaking of, it’s impossible to mention the S54 without elaborating on the M3 CSL. The lightweight version of the E46 M3, the CSL’s S54B32HP received some heavy-duty upgrades. The most famous is the massive carbon fiber intake plenum that completely deletes the normal mass air flow meter, instead relying on the DME directly for air draw calculations. Modified camshafts and exhaust valves additionally sharpen throttle response and increase power. Finally, a revised DME takes full advantage of all of the CSL-exclusive goodies.

Despite its technically advanced profile, the S54 uses a very traditional formula. It’s a classic racing recipe: low displacement, high compression, and all the revs. Though only 3.2 liters, it runs 11.5:1 compression, revving out to 8000 rpm. A 91 mm stroke remains unchanged from the S50, but the S54’s bore is opened up slightly to 87 mm. BMW retained the iron engine block construction from the S50, but did manage to reduce weight – a bare S54 block only weighs 105 pounds. 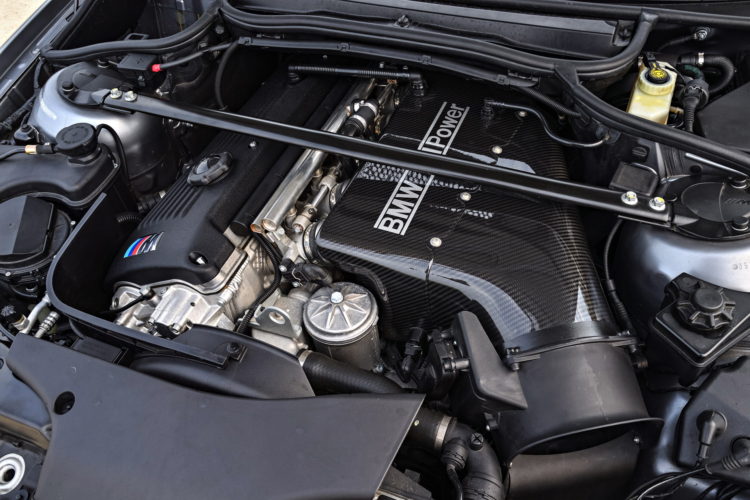 While the S54 is a very well-built engine, long term ownership can present unforeseen complications. The two most infamous are thankfully well researched and easy (though expensive) to remedy: VANOS and connecting rod bearings.

The most common S54 issues surround the VANOS; mostly because everything about it just breaks. Outside of the housing, coil packs connect the parts responsible for adjusting the camshaft to the DME. Both components fail with some degree of regularity; and it runs roughly the same cost to replace one of these units from BMW as it does to simply go aftermarket and buy a completely rebuilt VANOS. The bolts BMW used to secure the VANOS sprocket to the camshaft hub are also known to back themselves out and fly into the engine, which can cause catastrophic damage. Finally, the “tabs” that mount the exhaust hub into the oil pump disc came oversized from the factory, leading to rubbing and eventual breaking. One or both of these tabs eventually end up in the timing assembly and – surprise – catastrophic damage can occur.

Another hugely publicized shortcoming of the S54 is the connected rod bearings. BMW maintains that this affected E46 M3s only, produced between early 2001 and mid-2003, and that due to a QA problem, may fail prematurely. The debate rages on as to whether or not the later design of the bearings actually fixed the problem. The amazing thing is that if gone unchecked, with no warning, you guessed it – catastrophic damage can occur. The best solution? Get an oil analysis done and monitor the situation as closely as you can. Or, pre-emptively replace the rod bearings. Your choice! 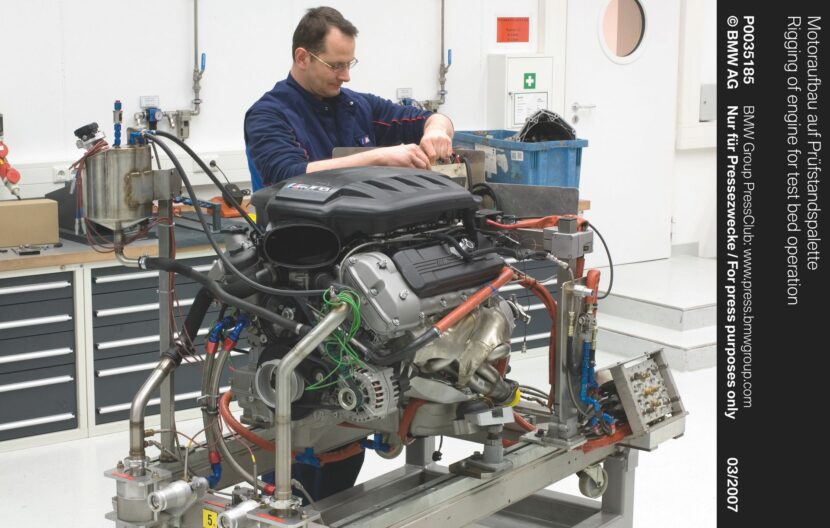 The S54 requires just as fastidious – if not more so – maintenance as any other BMW M engine. The cooling system is a guaranteed, eventual failure point. The water pump and expansion tank have particularly short shelf lives. Some recommend a service interval as low as 60,000 miles. Oil leaks are also common complaints, but at least these are considerably easier to monitor. Common culprits past the 75,000-mile mark or so include oil pan gasket and oil filter gasket. Don’t forget that BMW claims a “maximum permissible oil consumption” of 1.5 liter per 1000 kilometers. That’s roughly a quart every 650 miles. A final note on oil: 10W-60 is the only oil you should ever be using.

A valve adjustment is recommended by BMW every 30,000 miles. Your mileage may vary; but this is typically a very conservative number. Luckily, a valve adjustment is actually not a terribly difficult job on the S54, as all of them are accessible with the valve cover removed. If let go for too long, the valves can end up out of spec and cost you power all over the rev range. 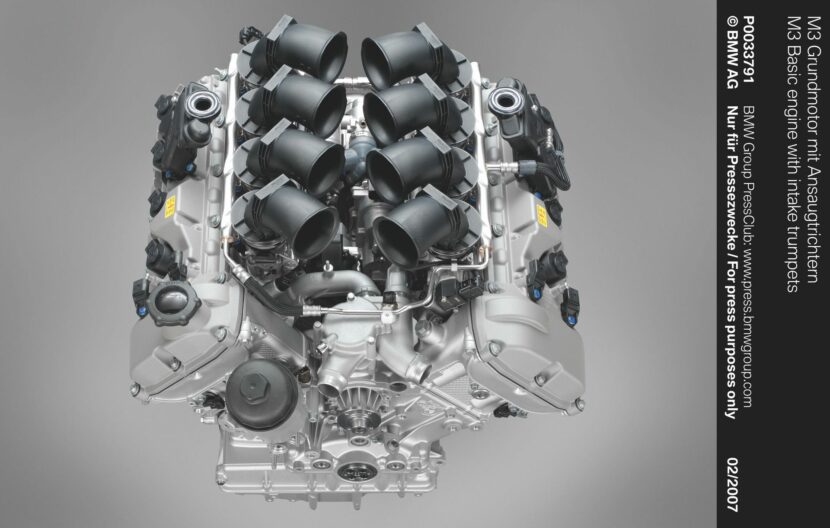 The S54 does a great job of marrying conventional racing philosophies with the best technology of the day. Arguably an evolution of the S50B32 before it, rather than an entirely new engine, in marks the last of BMW M’s naturally aspirated inline-six engines. Its iconic induction sound and raspy, instantly recognizable exhaust make every S54-powered car just a little bit more special feeling.

The S54 has found its way into a few different vehicles; notably, and most recently, the Smit Oletha. For “the car we wish BMW had built”, the S54 is a no-brainer. A notable production vehicle that received the S54 is the Weismann MF3, a high-powered version of the hand-built luxury convertible. Of course, the most common S54 swap is into an E30 or E36, but they’ve ended up in everything from 240SXs to an Aston Martin DB5.

Notably, there is no true successor to the S54. The S65 V8 found in the next M3 is much more closely related to the S85 V10 than the S54. The newer S55 and S58 engines are based largely off of the N54, which did not share much with the S54. Therefore, the S54 represents the coalescence of over six decades of BMW fine-tuning their original inline six formula; and its fairly likely that that will forever make it one of a kind.

Wed Oct 12 , 2022
[ad_1] Suppose you need to have a new journey, but your spending budget isn’t lenient more than enough to let a brand name-new car. In this certain scenario, the upcoming best thing is to make investments in a utilised automobile.  Nonetheless, there are fairly a several dangers concerned in purchasing […]